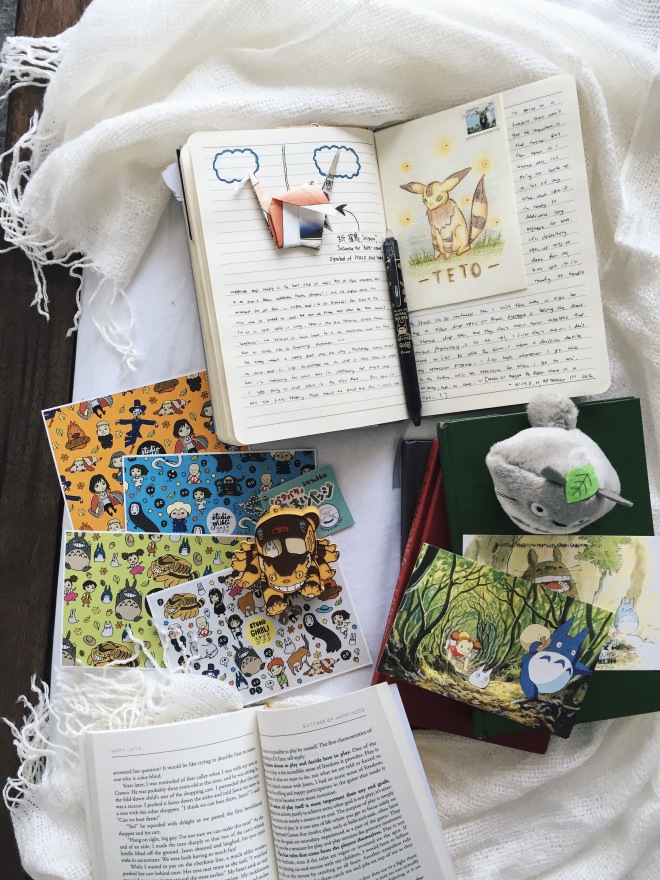 I was pretty much ecstatic the moment my mom announced that she was to book a ticket to Japan *cue confetti* but sadly, I wasn’t to join her *cue downfall music* BUT I did ask for a few things! I wasn’t sure if there were any bookshops in Japan, so no, I did not ask for books this time (sHOCKER!) but based on the title, you might have a clue on what was inside the huge bag my mum sauntered in my room with instead 😉

If you’re not familiar with Studio Ghibli, who are you and where have you been? Living under a rock??? :O I have a post here where I basically talked about the films produced under the film production and the movies I recommend watching. I’d suggest you skim read the post before going on with this one 🙂 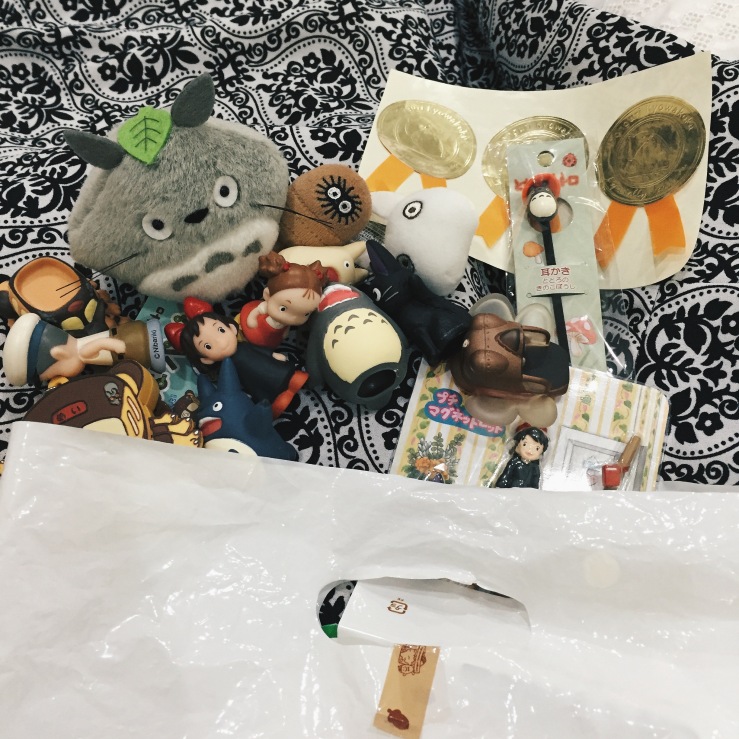 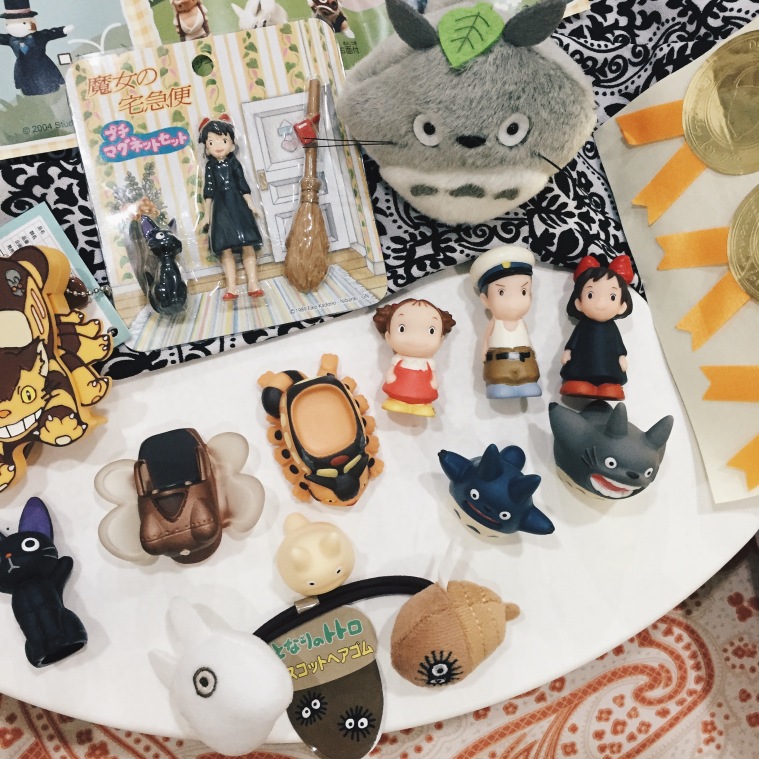 Look at all that Anime glory! 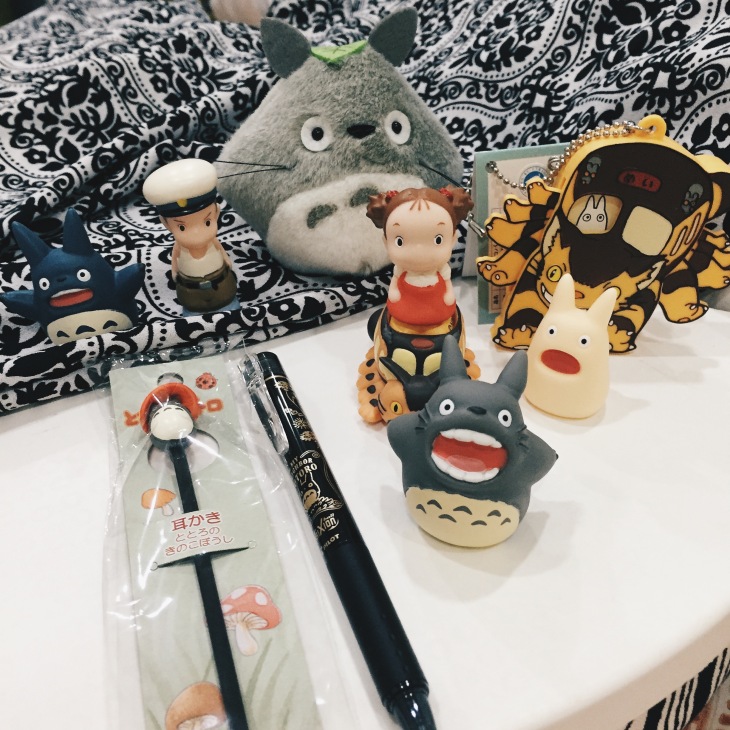 Eep! How cute do these little finger puppets look? These are the characters from the iconic film Totoro ❤ 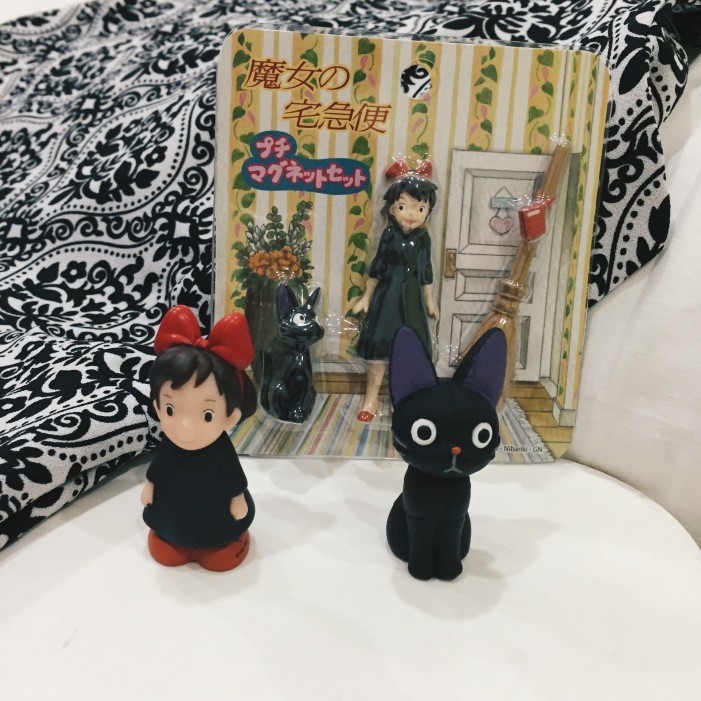 Kiki from the film Kiki’s Delivery Service is by far my favorite character, so I was super hyped when I was presented with these precious ❤ 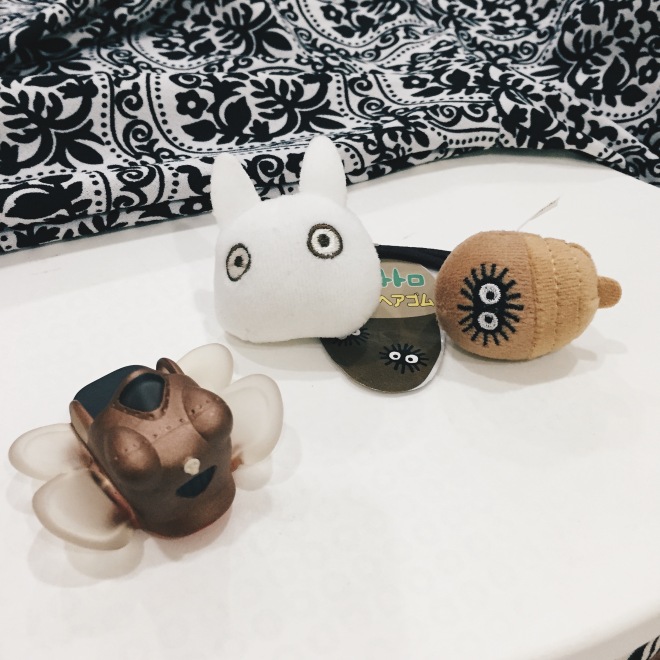 An Ornithopter finger puppet and (I may be wrong) a Totoro/sprite themed hair tie. 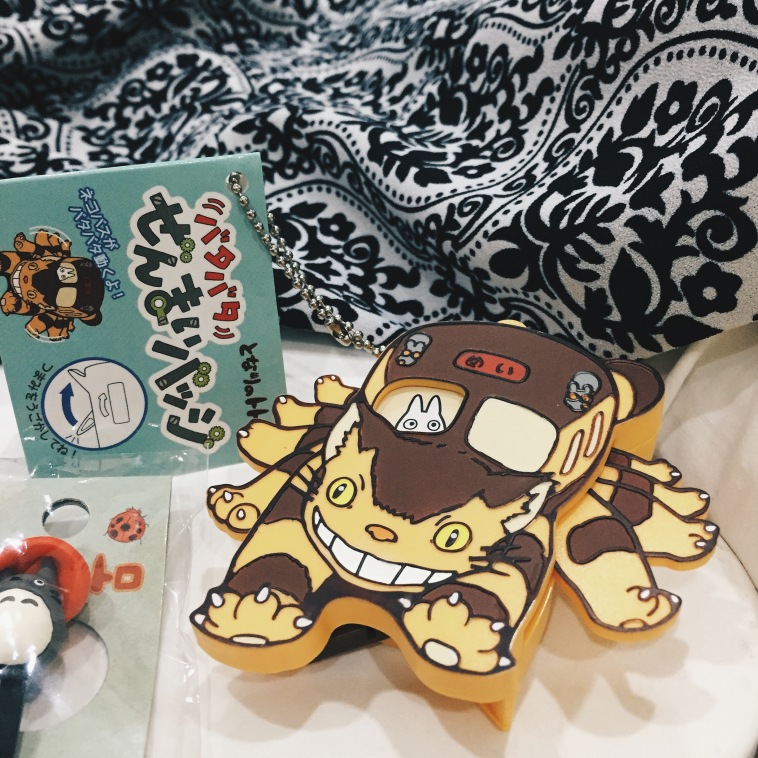 This badge has a little lever at the bottom and when you pull it, Cat Bus’ legs will move about like a rattle 😀 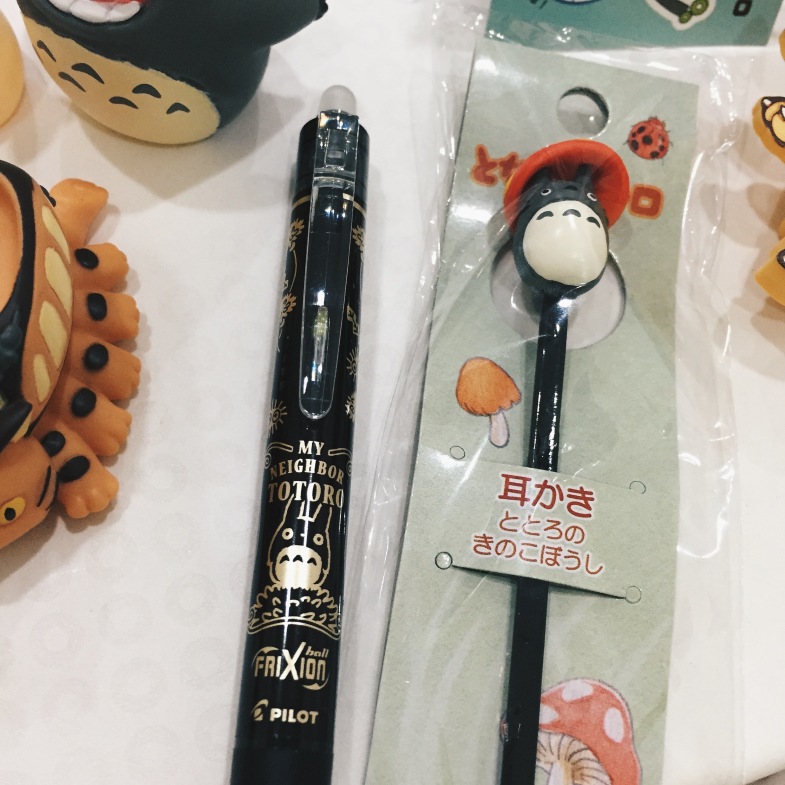 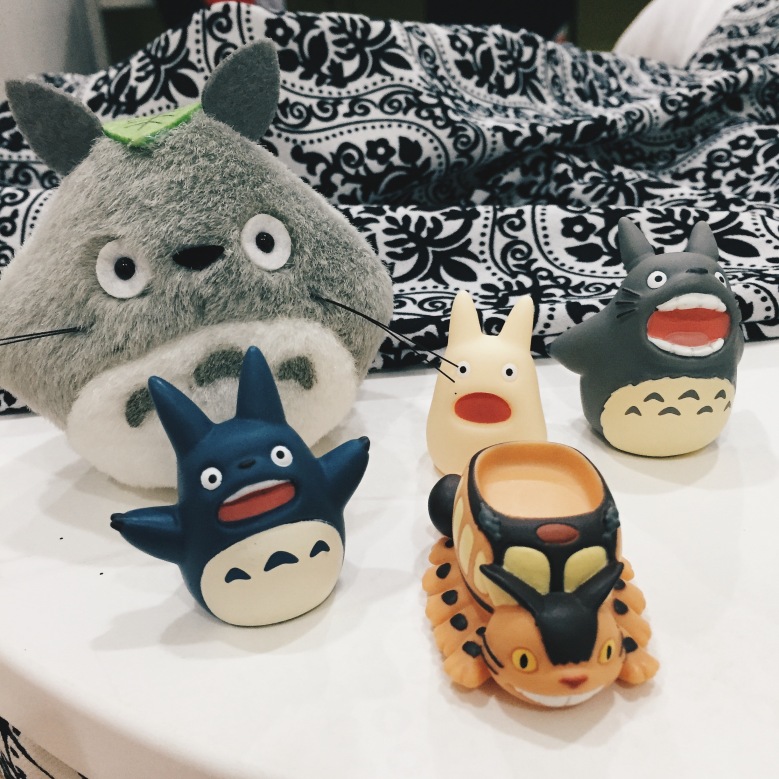 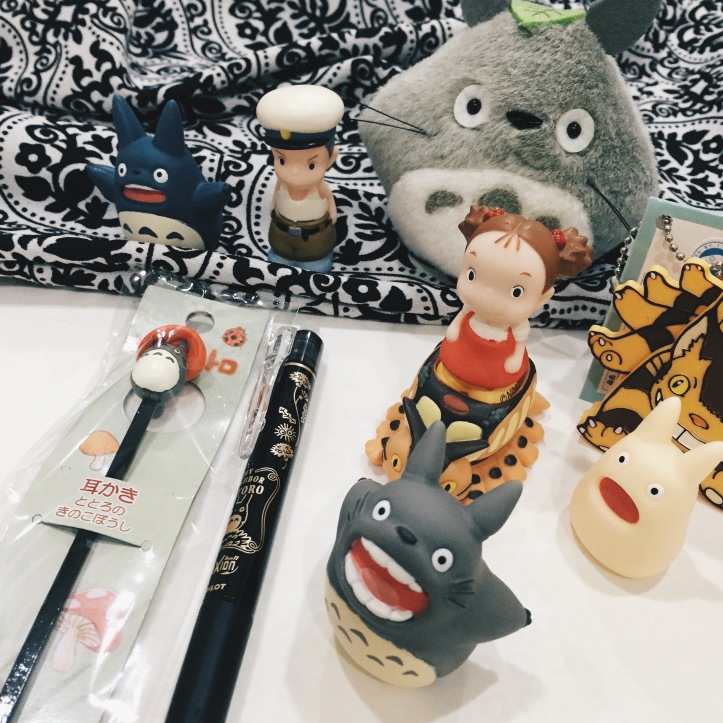 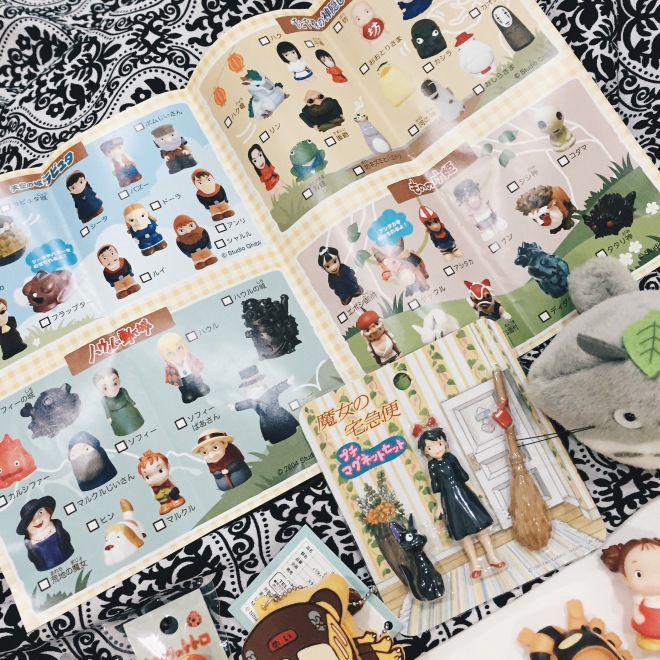 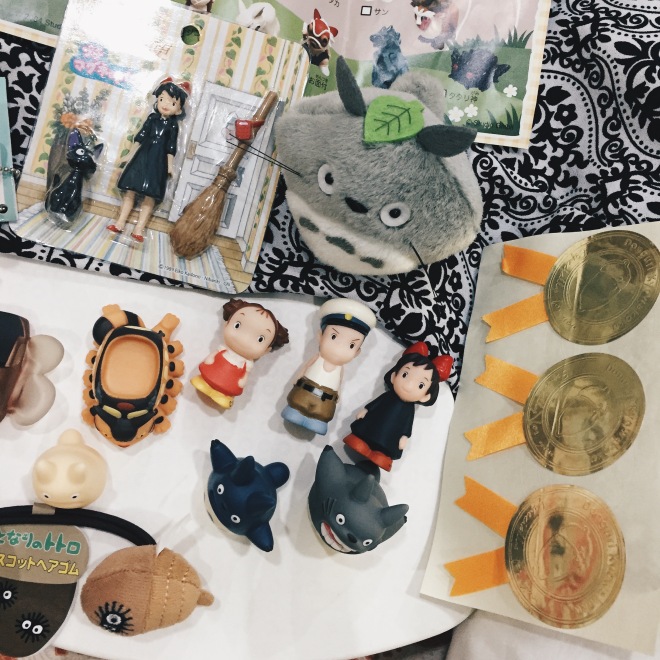 Aaand that’s a wrap! I’m so grateful to receive these goodies. I’ve been a massive Ghibli fan for a while and having to own these wonderful merchandises just goes to show how great of a film production Studio Ghibli is. I’d love to go visit Japan someday, and maybe then will I be able to learn more about their traditions and cultures.