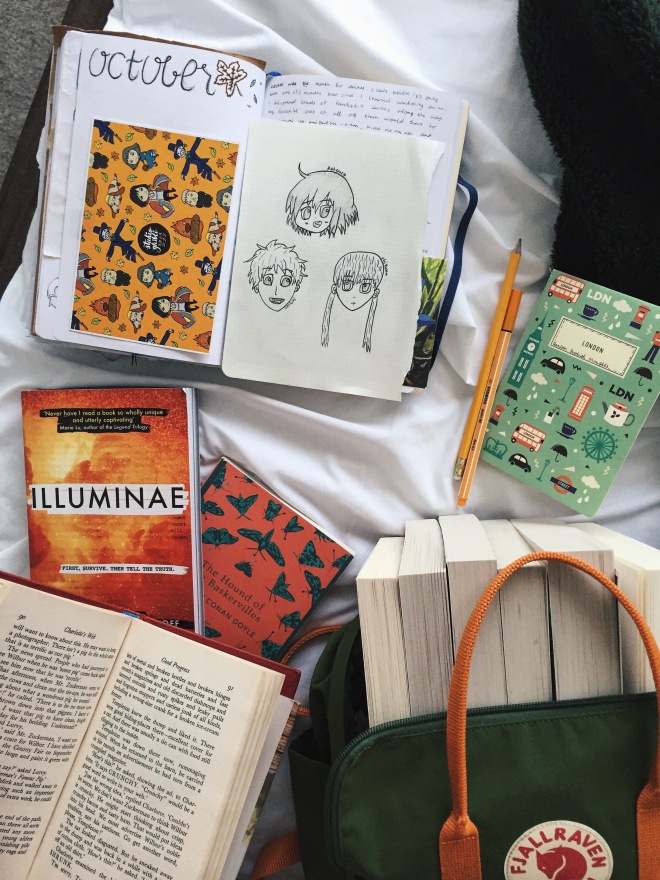 Hey there everyone! It’s time for another Monthly favorites! I was expecting October to be a little warmer but alas

This list is going to consist of A LOT of Animes so you’ve been warned! 😉 I discovered loads of amazing music and I have a ‘favorite book of the month’ as well! Without further ado, here are my October favorites!

It Ends With Us by Colleen Hoover 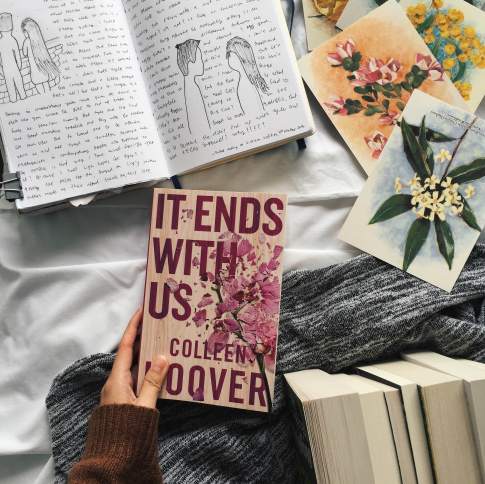 This book left me completely speechless. I had mixed feelings about it at first but I went through it a couple of times and was able to gather my thoughts on it to write a proper review. This was unlike any CoHo book I’ve ever read.  I have a mini SPOILER review on my Instagram if you want to check it out. I gave the book 4/5 lilies ❤

A Little Happiness by Hebe Tien

I believe A Little Happiness is the theme song for this specific Taiwanese drama! I don’t think I’ve ever watched the drama before but I’ve definitely listened to the song before somewhere and I came across it sometime during October and felt completely nostalgic listening to it again!

I remembered listening to a Classical album when I was younger and my mom no longer owns it so I completely forgot what it’s called, but I FOUND IT AND IT’S JUST AS GREAT AS I REMEMBERED IT TO BE

This month is just filled with nostalgic music. I first came across this music while watching the trailer for The Danish Girl and the trailer music was just amazing! I tend to look for piano covers of songs I enjoy listening to but to this day I am still unable to find the Synthesia cover and it annoys me because I really want to learn this beautiful music! Give the music a listen or go watch the movie. Both are great!

Blood Sweat and Tears by BTS

If you’ve been following me on my Instagram, this song should not come off as a surprise to you 😉 I’ve been raving about BTS non-stop because their new comeback is A MASTERPIECE and I am completely obsessed.

I can go on and on about this boy band, they’re amazing. Their Music video^ for this song is A R T, I highly recommend you go have a watch!

I don’t think I’ve ever come across such a quirky shoujo anime. This one was VERY unique and adorable and it messes with your feelings and AHHH it’s amazing. Basically it centres a girl and a boy, both who are socially awkward in their own ways, as they try to fit in with friends and school. Shizuku is a cold girl. She has no friends, but she’s always at the top of her class. One day she meets Haru, a  violent and aggressive boy who happens to go to the same school as Shizuku. Long story short their worlds collide and it’s their awkward friendship/love story together.

It’s fluffy, light and hilarious! LOADS of things happen in the very first episode, things escalate really quickly and the pace slows down from there (in a good way). I keep going back to re-watch some of my favorite clips, I’m obviously still not over this amazing anime. Give it a watch! 😀

A friend recommended this to me and I absolutely enjoyed it! It had the right amount of angst and romance in it, but what I liked most about it is the friendship that centres around this group of friends.

This anime follows Naho as she receives a letter from herself ten years in the future. The letter includes a list of mistakes she’s done in the past and is hoping for her past self to correct them in hopes of changing the future. That’s all you need to know! This anime is flawless, I tell ya. Soooo good!

If you’re an anime fan and you’ve never heard of this movie, where have you been?? It’s been getting RAVE reviews everywhere. It’s a time travel, race against time kind of concept and it’s mesmerizing, from the characters, art, storyline and music. Essentially, two high school students long to switch places with the opposite gender and it’s their journey from there (and by journey, I mean things got really bumpy). That’s all you need to know! This is by far my favorite anime I’ve watched this year.

I wouldn’t classify these films as my favorites but I still enjoyed them nonetheless and I highly recommend them too!

Kotoura, a girl with mind reading powers has never fit in school before, that is until a school her grandfather enrolls her in has a group of students that runs an ESP club and badly wants Kotoura to join them. It’s HILARIOUS and super cute!

This anime was so painful to watch

That’s all for last month’s favorites! Credits to all GIFs/pictures goes to their rightful owners. November is going to be a busy month for me but hopefully I’ll be able to share a few things with you guys. Thanks for reading! Have a great day xx