Hey everyone! I’m so excited to be doing this tag today! I’ve seen it around the web and thought it’d be fun to do, so let’s go!

1) If you could invite one author and one of their fictional characters to lunch, who would you invite and what would you serve them?

Ahh! I would invite Roald Dahl and Fantastic Mr Fox’s family. Or.. maybe James and his gang? Then again I would love to have lunch with the BFG and Sophie. Argh! Can I bring ALL his characters with me? :’) I would most definitely have whimsical high tea with them. We’ll all have tierd trays of chocolate cakes and finger sandwiches and of course we can’t forget tea. We’ll have copious amounts of them! It’ll be great!

2) What book do you wish the author would write a prequel for?

I’d definitely like a prequel for Kady and Ezra from Illuminae. I love them both when they’re together so it’d be nice to have a book all about them rather than one that consists of them being separated at all times. Of course, Illuminae was aMAZING, but I’m not done with this ship yet. I need more O.o ❤ 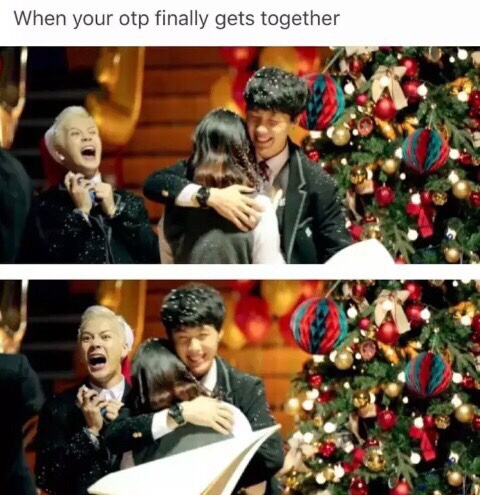 3) Which two characters (not from the same book) would make a good couple?

I can’t really think of any characters that would make a great couple, but I think Yael from Wolf by Wolf and Jane from Jane Steele would make great BFFs! They’re brutal, fierce, both have horrid pasts, but elegant when they want to be (I’ll probably throw in Feyre as well just cause she’s awesome )

4) If you ran into your favourite author on the subway and only could say one sentence to them, who is it and what would it be?

I quite desperately want to run into J.K. Rowling and tell her ‘THANK YOU FOR EVERYTHING AND I LOVE YOU BUT I’M NOT FORGIVING YOU FOR *insert dead character(s)’ name*’ 🙂 🙂 🙂

Seriously tho, J.K. Rowling is queen. ⭐

5) What book made you a reader and why?

Twilight made me an official reader! I actually picked them up on a whim because my mom (who’s a reader like myself) own all four books and c’mon, a story about vampires and werewolves? I was 14 back then and I’ve never heard of such stories, I just had to read them!

wHAT KIND OF QUESTION IS THIS OMG SO MUCH EVIL. I’d probably  save all the books I got as gifts. So they would be my Sherlock Holmes: Four complete novels, The Secret Library (hardback) by Haruki Murakami, Cinder, Scarlet and All the Bright Places xx (though if I could grab more I would in a heartbeat 😥 )

7) Which dystopian world would you want to live in if you had to choose one and why?

The only Dystopian worlds I’m familiar with are from The Maze Runner series, The Hunger Games, Divergent, Delirium and The 5th Wave, all of which are horrible places to inhabit 😮 But if I had to choose.. maybe Divergent? 😕

8) What is your most epic read of all time?

If epic is the one word I can use to describe a book, it would be Nevernight by Jay Kristoff. Full of action, mystery, gore, blood, magic and sex, Nevernight is THE MOST epic read of all time (to me, of course ❤ )

Well, that’s it folks! I hope you enjoyed reading this post. Everyone is free to do this tag! Do let me know if you agree with some of my answers 😉 Have a great day!