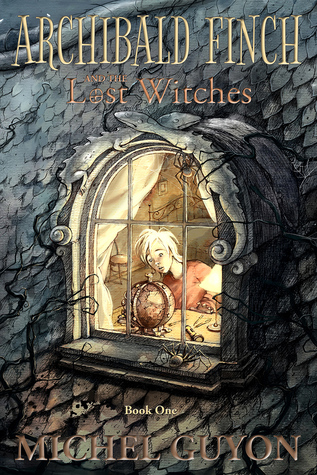 What happened 500 years ago was never supposed to resurface.
Exploring his Grandma’s scary manor, Archibald stumbles upon a dark family secret, linked to a time of great fears and superstitions. Key to that mystery: an ancient terrestrial globe, populated by the most fantastic creatures.
When he unlocks the storm inside by accident, the risk-averse boy gets whisked into the underworld of Lemurea, where a battle started in the Middle Ages has yet to be settled. Down here, it’s light versus darkness, magic versus fire, witches versus dragons. But not any kind of witches —an army of young girls, with the most magical weapons. And not any kind of dragons —Marodors, enigmatic monsters, part beast, part human, which will make you rethink everything you thought you knew about dragons.
While Archibald is thrust into an amazing adventure that will test his survival skills, on the flip side of the Earth, his sister Hailee faces her own challenges. Seeking to solve Archibald’s disappearance, she uncovers the grim plans of a dark priest.
Two breathtaking stories, running parallel with one another, but tightly intertwined. Two worlds, on a dangerous collision course…

This book is just made for the nostalgic, the daydreamers, and the adventurers. There’s lots of unique, magical elements going around in the book, while still keeping the family dynamic true to the story. It’s amazing to see that family plays a huge part in this book. Most Fantasy novels don’t really explore family elements in general , so it’s always nice to read about it whenever I get the chance to come across it in a book. The characters are so loveable and charismatic, and the story just sucks you right in! All this talk about antique stores, an old manor, a thousand year old secret, and witches just makes the book brim with so much atmosphere ❤ So much Halloween/Autumnal vibes! It’s just perfect. October has made me become a major mood reader, and Archibald Finch topped my reading game this month with its immersive story and charming characters.

This book switches back and forth between two perspectives – one Hailee who lives in London, and the other of her brother who gets sucked into a world called Lemurea. The transition between both perspectives was done so well! Alongside the magical creatures and wars, we also get to venture around Central London. We get to see a world where witches fight and beasts dwell, but we also get to follow the perspective of a young girl experiencing real life problems. Hailee is lost and upset, but she’s also curious and strong. Archibald is brilliant and a tad ignorant, but he’s loving and sensitive. Both Hailee and Archibald grow as characters in different ways, which was an absolute delight to see. Although I did enjoy both perspectives, I was definitely more keen to read Hailee’s perspective. The setting and antagonist just appealed more to me. Whilst I did enjoy the world of Marodors, Lemurea still remains an unexplored world. It needs more depth and room for the characters to grow and the world to expand. But I know this is only the beginning of Archibald Finch! I can tell that the next book will have lots more in store for us readers!

Archibald Finch and The Lost Witches is the perfect fantastical coming of age story. It’s action-a=packed, enigmatic, and super charming. I’m not usually one for Middle-grade Fantasy books, but Archibald has my heart<3 I enjoyed every second of it! Please, please pick this book up if you haven’t thought of doing so already!

Many thanks to Michel Guyon for sending me a copy of the book in exchange for an honest review! 🙂

if you’re interested in buying Archibald Finch and The Lost Witches, you can click here to shop the book at Book Depository – i receive a small commission if you use the link! 🙂