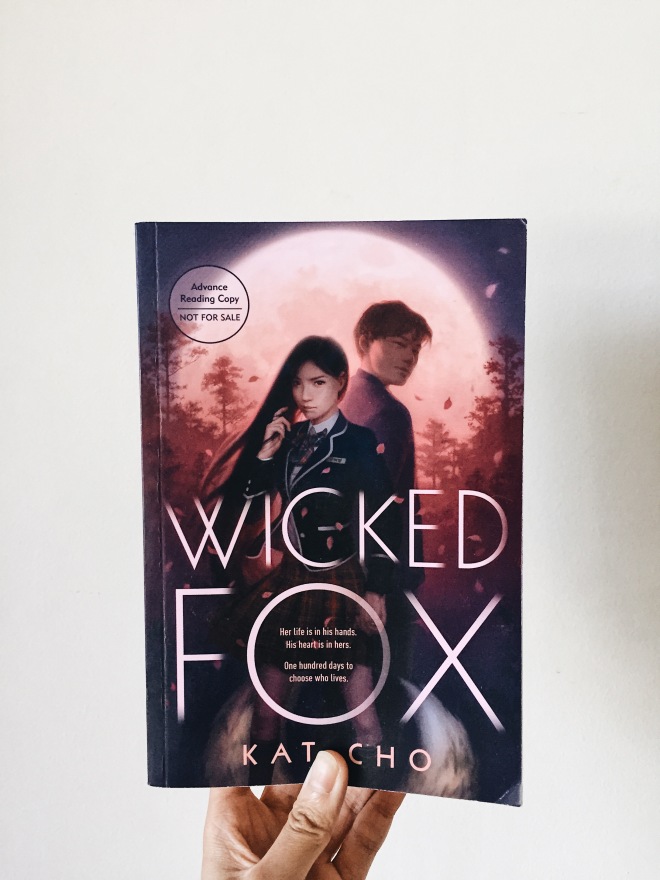 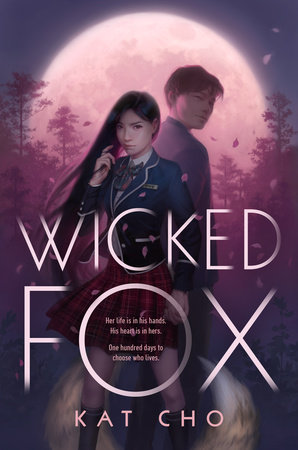 Eighteen-year-old Gu Miyoung has a secret–she’s a gumiho, a nine-tailed fox who must devour the energy of men in order to survive. Because so few believe in the old tales anymore, and with so many evil men no one will miss, the modern city of Seoul is the perfect place to hide and hunt.

But after feeding one full moon, Miyoung crosses paths with Jihoon, a human boy, being attacked by a goblin deep in the forest. Against her better judgment, she violates the rules of survival to rescue the boy, losing her fox bead–her gumiho soul–in the process.

Jihoon knows Miyoung is more than just a beautiful girl–he saw her nine tails the night she saved his life. His grandmother used to tell him stories of the gumiho, of their power and the danger they pose to humans. He’s drawn to her anyway.

With murderous forces lurking in the background, Miyoung and Jihoon develop a tenuous friendship that blossoms into something more. But when a young shaman tries to reunite Miyoung with her bead, the consequences are disastrous . . . forcing Miyoung to choose between her immortal life and Jihoon’s.

What a rollercoaster of emotions this book was! So many unexpected twists and turns. I really enjoyed the complex exploration of seeing the world in more than just black and white. There are so many layering shades of grey that the author peels through slowly, which may seem as if plot is dragged little bit, but it creates the buildup necessary to unravel things at the end.

I’m not sure what it is about the book (I just cannot quite place a finger on it), but something about the character arcs in the novel stood out to me. Maybe it was because I had this strong sense of unfamiliarity about the protagonists at the end of the story, as opposed to the connection I felt with them early on in the novel.

By the end of the book, it felt as if I was reading the stories of two complete strangers. Perhaps it was the perpetual plot turns that led to this jarring change in attitudes of the main characters. The story did take on multiple shifts and turns, which may have had a strong influence on the characters’ personality as their attitudes shift to adapt to these changes.

Despite the connection I had with the protagonists, I did initially have mixed emotions about their personality. They are young adults trying to make sense of the situations that they are placed in, which makes for incredibly stubborn, strong-willed and studious characters. In short, they are infuriating! Immature, wild, carefree, you name it. Jihoon’s halmeoni (grandmother) is everything you can ask for in a contemporary family figure. The way she handles people (and especially her own grandson) is always something you look forward to reading about, which is rare because positive family figures are almost never present in contemporary/fantasy novels. Apart from the MC’s flaws, I really did like that both characters have this edge and fire fuelling about them. Truly, I think their attitudes were the engines of the plot.

Personally, I was not the biggest fan of the writing. It’s a little cliché, which makes the romance theme a little unconvincing for me. The blend of old Korean tales with modern contemporary is incredible, and I applaud the author for being able to combine two contrasting genres so effortlessly, but the romance just seemed so out of place, and ultimately, unnecessary. Everything else was spot on, though. Family dynamic and friendship were huge themes that played a big role in the novel, which I appreciated and personally loved! The Korean heritage of the author is obvious too, which, again, is very much appreciated! I enjoyed learning more about the food, language and mannerisms of Korean culture.

Overall it was a solid YA Contemporary/Fantasy novel. The sequel will definitely be on my radar, and I cannot wait for its release!

Thank you to Penguin Teen Australia for sending me an ARC in exchange for an honest review!

if you’re interested in buying Wicked Fox, you can click here to shop the book at Book Depository – i receive a small commission if you use the link! 🙂