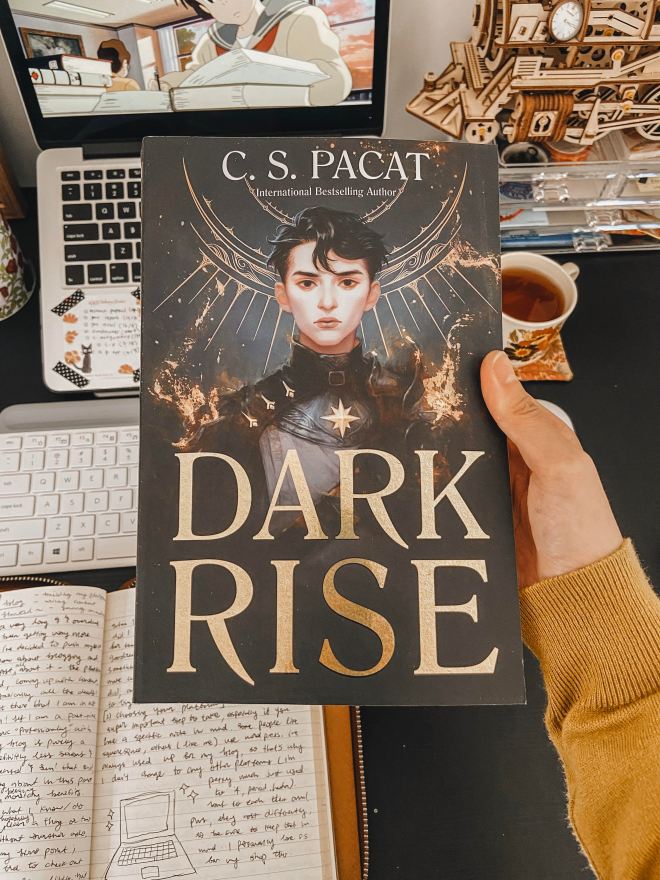 The ancient world of magic is no more. Its heroes are dead, its halls are ruins, and its great battles between Light and Dark are forgotten. Only the Stewards remember, and they keep their centuries-long vigil, sworn to protect humanity if the Dark King ever returns.

Sixteen-year-old dock boy Will is on the run, pursued by the men who killed his mother. When an old servant tells him of his destiny to fight beside the Stewards, Will is ushered into a world of magic, where he must train to play a vital role in the oncoming battle against the Dark.

As London is threatened by the Dark King’s return, the reborn heroes and villains of a long-forgotten war begin to draw battle lines. But as the young descendants of Light and Dark step into their destined roles, old allegiances, old enmities and old flames are awakened. Will must stand with the last heroes of the Light to prevent the fate that destroyed their world from returning to destroy his own.

Dark Rise is a solid first instalment to a YA Fantasy series. This is also my first Pacat novel, and I enjoyed it overall! It is not the most spectacular YA Fantasy, but that may be because it is only the first book in the series, so there is still a lot of room for the series to grow. During the first half of the book, I felt that some of the elements were a little all over the place (because there was so much going on), so it made the story a little hard to follow. I absolutely love the character dynamics though! The contrast between the two main characters was amazing. My favourite part of the novel was probably their relationship. Each scene that had them both together was always so well done. I just love how they complement one another despite how different they are. The best thing is that there is nothing romantic about their relationship, which is honestly so refreshing!

The writing was also done well. I was pretty much invested throughout the whole book. The plot twist at the end was!!! Crazy intense. I can tell we have yet to witness even just a sliver of what is to become in the next instalments. I cannot wait! I am moreso excited about the character development. I am already rooting for one of the characters in the book and I am looking forward to seeing them shine in the next one!

My only issue with the book is just the lack of integration in the storytelling and the world-building. While I enjoyed the book overall, some parts just dragged a bit. I am looking forward to more action in the second book though!

Overall, Dark Rise is an enjoyable YA Fantasy novel. The world-building might be bit too overwhelming, but the characters and the plot are amazing. The story is fast-paced (apart from the first part of the book where it started out a little slow), and the writing is solid. Definitely did not disappoint! If you like Fantasy within an interesting magic system, definitely give this book a go!

Thank you so much Allen & Unwin for sending a copy of this book over in exchange for an honest review! 🙂